Cornwall resident Sharon Cameron announced today that she is seeking the Liberal nomination for the upcoming by-election in District 16, Cornwall-Meadowbank. 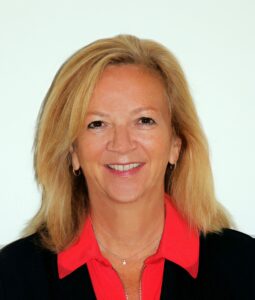 – Cornwall resident Sharon Cameron announced today that she is seeking the Liberal nomination for the upcoming by-election in District 16, Cornwall-Meadowbank.

Sharon is a dedicated community volunteer, educator and accomplished public servant. She has extensive board and volunteer work, including Big Brothers/Big Sisters, Crime Stoppers, Stratford Municipal Citizen committees, Canadian Mental Health Association, and Church Session. She is currently a board member of the PEI United Way and Charlottetown Meals on Wheels.

Professionally, she has worked in various leadership positions within the provincial government and in Island schools. She has served as a Vice-Principal and Principal of Stone Park Intermediate and worked as Director of Academic Operations in the Vice President’s office at UPEI. She spent 12 years at the Deputy Minister level within the provincial government. She led several departments, including Social Services, Seniors and Labor and Workforce and Advanced Learning. Sharon is also the former CEO of the Workers Compensation Board.

Sharon says, “The strong, progressive history of the Liberal Party of PEI is what helped me decide to put my name forward for the District 16 nomination. I am also a firm believer that we need more women in leadership roles in our province. Leading by example is important to me.”

Sharon moved to Cornwall with her husband, Fraser, in 2019. “We moved to Cornwall in 2019 and enjoy its beauty, the friendliness of the people and all it has to offer. As our community grows, I want to ensure we have a strong voice representing the resident’s interests. I look forward to connecting with as many of you as possible over the next few weeks.”